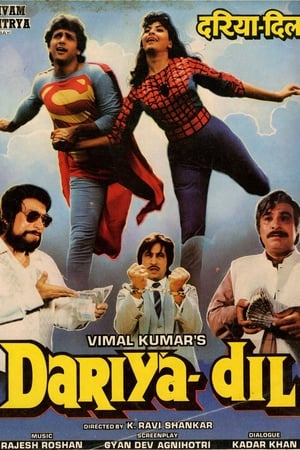 Chided by his family for being the absolute miser, wealthy industrialist Dhaniram (Kader Khan) loves his money as a mother loves a child. This does not auger well with his two sons, Ajay and Vijay (Shashi Kiran and Raj Kiran respectively). The two sons despise their father and find various ways to entrap him, but in vain. Dhaniram gets in the bad books of Income Tax Officer, D.O. Gogi (Shakti Kapoor), and as a result Gogi is arrested and imprisoned. His sister, Dolly (Roshini) and brother, Gulu (Gulshan Grover) both scheme a devious plot that will ensure the death of Dhaniram, and the control of his wealth will rest with them and Gogi. 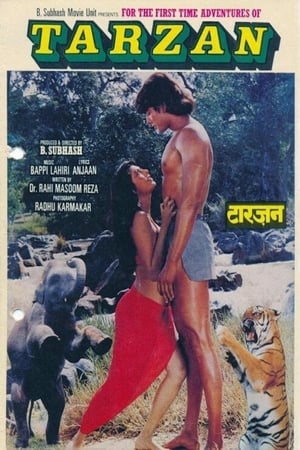 A hunter hired by a circus owner travels to the jungle to capture the legendary ape man, Tarzan, in this adventurous new tale. He's brought to the circus, where he's forced to perform as the newest attraction. But it's there he meets Ruby, a pretty woman in the troupe who falls in love with him after he saves her life. Is love strong enough to tame Tarzan, or will he heed the call of the wild and escape?

Lalchand (Kader Khan) is arrested by Inspector Verma (Vinod Mehra) and vows to avenge this. He does so by abducting his only son, and later informing Verma that he has killed his son, in the process of apprehending Lalchand, Havaldar Bhagwan Singh (Dharmendra) is killed by saving Verma's life. Verma and his wife Shanti (Anjana Mumtaz) bring up Bhagwan's son, Ajay, as their own. Years later Ajay (Sunny Deol) has grown up to be a police inspector as well, Verma is now the Commissioner. Together they band together to stop Lalchand, who is now a crimelord of international standards, from carrying on terrorist activity in the country; and also try and locate Verma's son, who they find out is still alive, but leads a life of crime

Judge D.K. Sinha is an honest and hard-working man. He lives with his wife, and two sons, Rajkishan and Suresh. While he is confident that Rajkishan is honest and diligent, he is clearly disappointed with Suresh, who is not only dishonest, but has a violent temper, which gets him into trouble with the police. Imagine the shock the Sinha family gets when they come to know that Suresh has been arrested for murder, and the case has been assigned to Suresh's dad for disposal.

Contractors go out of there way to attempt to get to an incorruptible civil servant.

ejaa watch helplessly as his parents gets assassinated by 3 absconding outlaws, Lal Singh, Heeralal and Zoravar, he then swears to avenge this carnage and this become the motive of his life. 20 years later he does manage to locate them and thus this begins his vendetta by mercilessly killing them separately.

After inspector Mahendra Nath is killed by criminal elements; his son Vijay takes admission as deputy jailer with the intention of reforming criminals so that he can fade way crime from his country. He is shocked to meet one of his truck-driver friend, Shambu who now turn an inmate with a record of going in-and-out of jail often. Vijay then vows to investigate as to how the kind-hearted man he know become a hardcore criminal. 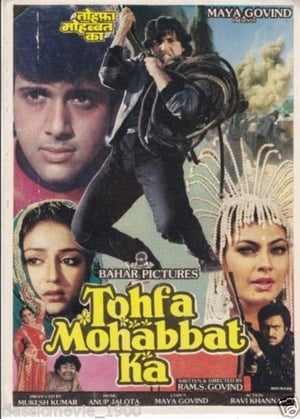 Tohfa Mohabbat Ka is a Hindi movie released on 01 July, 1988. The movie is directed by Ram Govind and featured Preeti Ganguli, Govinda and Johnny Lever as lead characters.

In modern secular India corruption, nepotism, caste, and favoritism has taken root all the way from Kashmir to Kanyakumari, sparing no one in it's wake. Bombay Municipal Corporation's employee Kimtilal is one such person who had to pay a bribe to a gynecologist so that his wife, Shanti, can give premature birth to their son, Kamal. When Kamal grew up, Kimtilal had to pay another bribe in the form of a donation to a school for admitting him. Then he had to pay another bribe so that his son could successfully pass his college examination, and go on to join the Bombay Police Force. Finally, he withheld an important municipal license for businessman Sampat, in order to get his consent to marry his advocate daughter, Kamini, with his son. 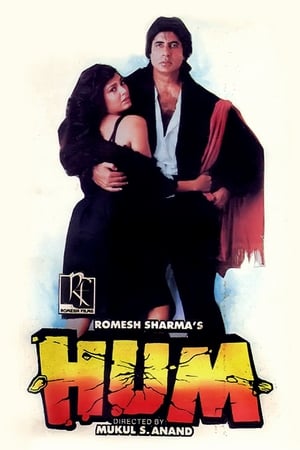 Tiger works for the local Don Bhaktawar but never hesitates to revolt against him if he harms his friends or family. When his girlfriend Jumma's brother Gonsalves is killed by Bhakhtawar for revolting against him, Tiger promises revenge. 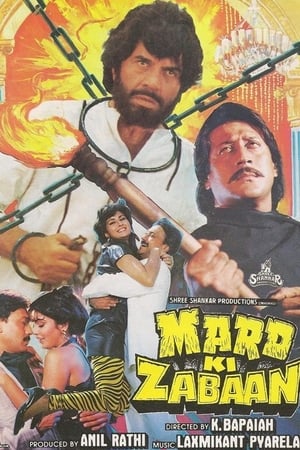 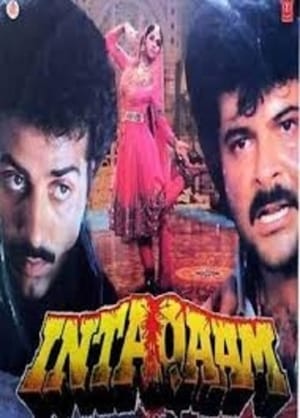 Separated from his family, consisting of his dad, Ramkumar; mom, Mayadevi, and brother, Sanjay, Allahabad-based Prakash Saxena takes to a life of crime, calls himself Shera, but continues to search for them. He subsequently finds out that the person who knows their whereabouts is a Bombay-based male by the name of Shobhraj. He re-locates to Bombay, and this is where circumstances may force him to abandon his quest, for he will not only be arrested and held in prison, but also inadvertently jeopardize the lives of his family. - Written by rAjOo ([email protected]) 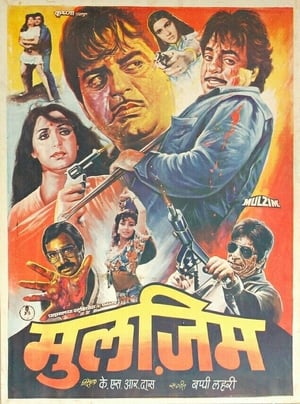 Vijay Kumar is an young man living in a small town in rural India, who makes his living farming. He hopes to change his lifestyle and that of the townspeople by building a hospital with the help of attractive young doctor Rekha, who he is in love with, so much so that he is willing to donate his land. 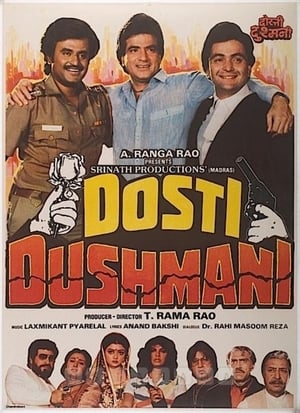 Widowed Avanti Singh lives in an Indian village along with her two sons Dharam and Govinda, and a married daughter. Dharam marries Pavitra, who has a twin sister, Geeta, who meets and falls in love with fellow collegian Govinda. Pavitra has an admirer in Dhaneshwar, a local wealthy land owner and aspiring politician, but Pavitra shuns him. Govinda and Pavitra share a special relationship and Dharam suspects them of having an affair, arguments ensue and Govinda leaves. He returns home to find that Avanti had prevented Dhaneshwar from molesting Pavitra, and Dharam, who went to avenge this humiliation, was killed. Enraged, Govinda rushes to kill Dhaneshwar, but ends up killing someone else instead, and is arrested and put in jail. With Dharam dead and Govinda behind bars, Dhaneshwar seizes the opportunity and this time does molest Pavitra. Who will avenge Pavitra and Dharam now? 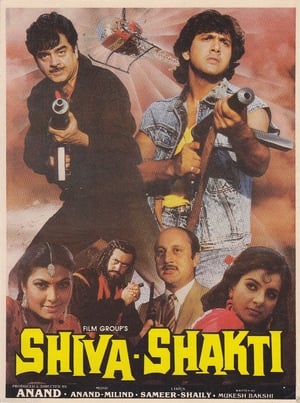 Shiva travels to the city to earn money for his sister Kusum's marriage. He meets Shakti and they become friends. When Kusum gets pregnant with Shakti's child, Shiva vows to murder him. 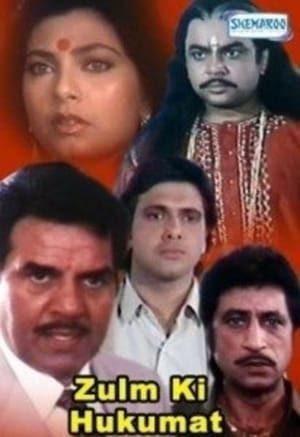 This is the story of Shankur, a kind generous man who's path in life is to help those who are less fortunate and need food. His own mother died after giving blood to get food for them and ...

Growing up, nothing could separate best friends Vicky and Raju. But when one chooses a career as a respected policeman and the other turns to a life of crime, their affection for one another turns into a feud that could prove lethal for them both. Directed by Ramesh Ahuja, this thrilling Hindi-language tale of friendship, loyalty and betrayal stars Jeetendra, Rajnikanth, Bhanupriya and Amrita Singh. 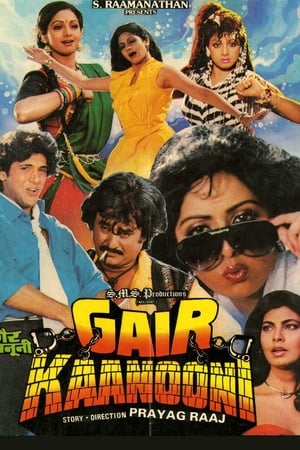 When police officer Kapil Khanna discovers that his son was abducted at birth, and switched with a girl, he spends the next 20 years trying to track down his missing son, and finally finds him living with his enemy. 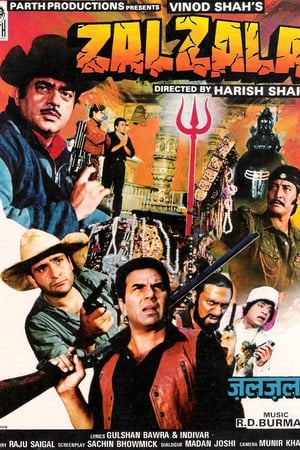 Treasure hidden in an abandoned Shiva temple attracts both good and evil characters to it, but can they retrieve the priceless gold and jewels before the earthquake (Zalzala) hits? 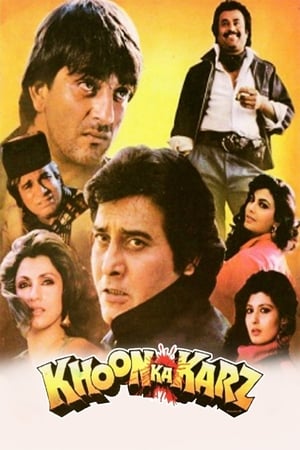 Three orphans are arrested for committing multiple crimes. During their trial, they start recounting the story of the lives and how tough times forced them into a life of crime.

Shiva reunites with his brother Bhawani, who was kicked out of their family home some time ago due to criminal activities, and subsequently becomes involved in the smuggling business. 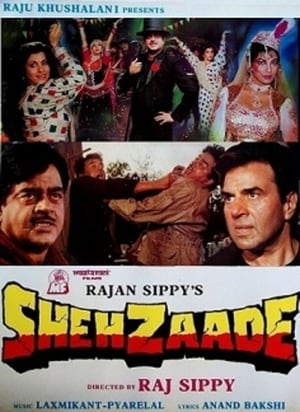 Suraj Singh lives with his widowed mother in a small hut in a Bombay city slum. He cannot stand injustice in any form and manner, and this places him in the bad books of Police Inspector Shankar Shrivastav . One day Suraj comes across an older male named Zorawar he feels sorry for him, and brings him home to live with them. What Suraj does not know that Zorawar is a former jailbird, who has completed his sentence - which was for multiple murders and a rape of a woman named Gauri Shrivastav, who had vowed to kill Zorawar by any means possible. Although Gauri is no longer alive, her vow to avenge the death of her Police Inspector brother, and her rape, are still alive and raging in Shankar. To complicate matters further Suraj finds out that his mother, Padmini, is having an affair with Zorawar. What will Suraj do under these circumstances, will he take steps to oust Zorawar and alert Shankar? 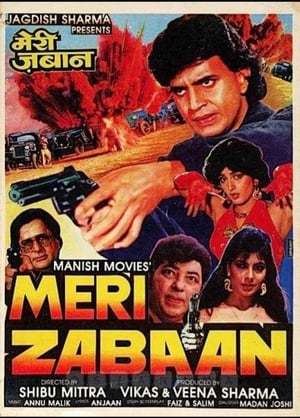 The Editor and owner of a popular publication called 'Meri Zabaan" goes missing, believed dead, as he, Vikram Singh (Vinod Mehra) attempted to expose some big-wigs, leaving his young son, ... 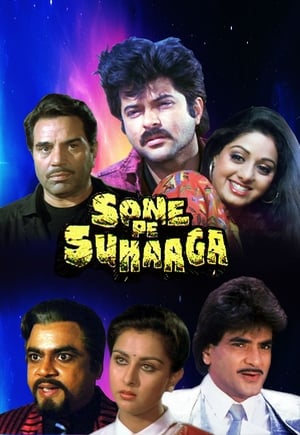 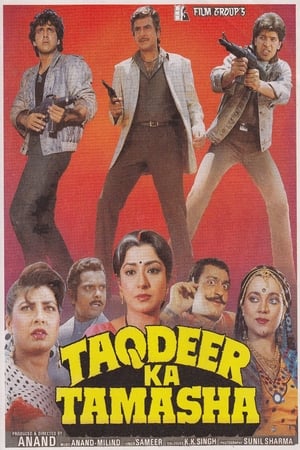 A single mother, Geeta, must deal with her two sons, the elder a Police Inspector Suryapratap; while the younger, Satya, a hoodlum, when both get into conflicts. Things only get worse after Satya gets arrested, arguments ensue and he leaves. He gets hired by Sheshnaag for the sole purpose of exacting vengeance against his rival, Deva. Both brothers are fated to meet again when Suryapratap decides to accumulate evidence to arrest Deva. Neither of the brothers know that Deva has an alias. What will the details of his past life reveal?