Yogi Joshi (Kamal Sadanah) is the hardworking middle class student who goes to college with the traditional Pooja (Ayesha Julka), who is the daughter of a single-father. Pooja has been in love with Yogi for quite some time, but Yogi seems to see her as a good friend. Yogi's father (Bharat Kapoor) works at the factory owned by the successful Indu Singh (Amrita Singh). Indu admits her daughter into the same college as Yogi and Pooja. She is a trustee of the college and is assured by the Principal that Kajal is in good hands. Kajal (Divya Bharti) goes to college and tries to park in Pooja's spot, but Pooja cuts her off. The two get in an altercation and to show Pooja how much power Kajal has, she drives her jeep into the corridors of the college and stops right in front of Pooja and her friends, including Yogi. 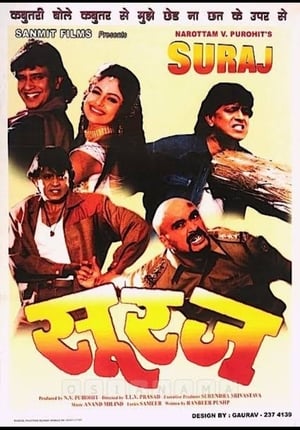 This is a story about two brothers. The older brother(Suresh Oberoi) is a police officer, and the younger brother, whose name is Suraj (Mithun Chakraborty) — is a regular truck driver. There is a Gulf of misunderstanding between them, as is often the case between brothers, and Suraj's Affairs are always wrong in the eyes of the elder. But if the older one has problems, the younger one is willing to die to protect his brother's reputation. And so, independently of each other, the two brothers try to meet each other halfway. But how difficult this path is!