Michael Brando was born in 1988, the son of actor Christian Brando (1958-2008) and one of the grandchildren of legendary two-time Academy Award winning film icon Marlon Brando (1924-2004). His paternal grandmother is Welsh-Indian actress Anna Kashfi (1934-2015). Michael Brando has followed in his grandparents' footsteps by becoming an actor himself. He was introduced to acting from childhood, leading up to his stage debut at the age of 13, playing the title role of Romeo in William Shakespeare's "Romeo and Juliet" (2003-04) in New York, and (2005) in Los Angeles. This was the beginning of a stage career spanning a decade, starring in such iconic roles as Hamlet in William Shakespeare's "Hamlet" (2008) in Los Angeles, and (2010) in New York, making Brando the youngest actor to ever play the role of Hamlet. His past roles also include playing Tom Wingfield in Tennessee Williams' "The Glass Menagerie"(2008), in New York, Val Xavier in Tennessee Williams' "The Fugitive Kind" (2009) in Los Angeles, Edmond in Eugene O'Neill's "Long Day's Journey into Night" (2008) in Los Angeles, Richard in Eugene O'Neill's "Ah! Wilderness" (2006) in Los Angeles, among others. He was invited to play the lead role in a 2010 production of Athol Fugard's play 'Blood Knot', as part of Mandela Day celebrations in Cape Town. Brando also starred as Jim Stark in a stage adaptation of "A Rebel Without A Cause" (2010), and as Kal Trask in a stage adaptation of John Steinbeck's "East of Eden", Both in Los Angeles. As of 2015, Michael Brando is making his transition from stage to film. He is involved in three film productions: Hamlet: The Fall of a Sparrow (2016) , The Red and the Black (2017), The Spider, and Altitude.

When his archaeologist sister is possessed by the spirit of a vengeful woman, a young student finds himself enmeshed in a revenge plot aimed at his father, the incarnation of an evil emperor. 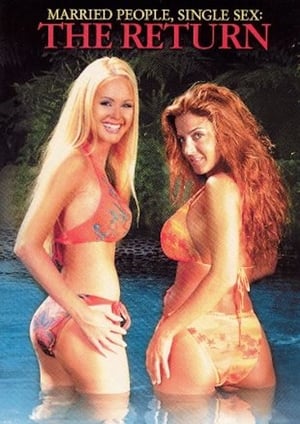 Three married couples hit the realization that the passion has disappeared from their marriages. What lengths will they go to in order to spice up their sex lives?