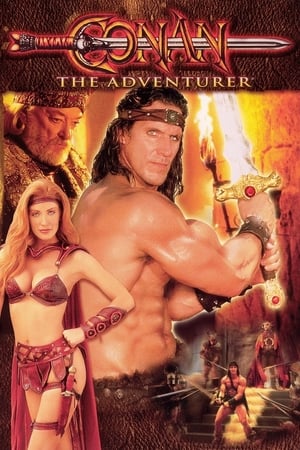 Conan: The Adventurer is an American television series created, developed, financed, distributed and produced by Max A. Keller and Micheline Keller from 1997 to 1998 and loosely based on the fantasy hero Conan the Barbarian. The TV show premiered on September 22, 1997, and ran for 22 episodes. The series has been broadcast in over 150 countries throughout the world. Keller Entertainment Group continues to market and distribute the series worldwide and the series has longevity among international broadcasters and dvd aggregators. The series will soon be available on the internet. This live-action series stars Ralf Möller as Conan of Cimmeria and Danny Woodburn as his sidekick Otli. The storyline is quite different from the Conan lore created in the original Conan novels and short stories by Robert E. Howard, as well as that of the Conan earlier depicted in the various Conan comic book series by Marvel Comics. The TV character is based on the version in the 1980s films, but there is no continuity between the films and TV series.