Tina and Anita are publishers of Femina. A monthly magazine featuring equality amongst the sexes. Tina defends her views while Anita is a crusader. Men resent ideology. Pyan a minibus diver manages to change Tina’s extreme views. Tina is regarded as a traitor to the women and all special privileges that have extended to her are withdrawn. This put her in a spot. 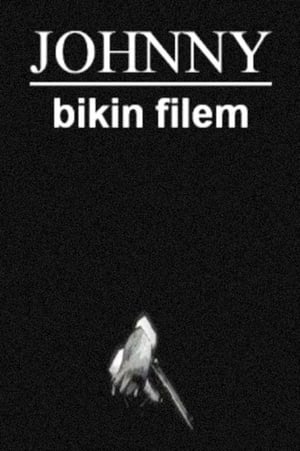 set in 50s Singapore, Johnny Bikin Filem is a black and white film about a gangster who gets involved in filmmaking.

A man dressed in ancient Malay Sultanate has saved Datuk Mohd Nor and his Sahira of criminals. Because the man was wounded in the shoulder, Datuk Mohd Nor bring it home. When the man was conscious, he introduced himself as Hang Tuah, Malay hero in the 15th century. Everyone believes that he has lost his memory, but Sahira began to believe the stories of Tuah.

describing the artist's life at that time, the marital side besides the dispute between the old artist and the new artist.

This filem is a teen film about Rozana that live with his sister. They are from a very influential family. She than meet Nomi in a dance class. Rozana meet Din a small art trader at Central Market and fall in love without knowing Nomi feeling toward herself. 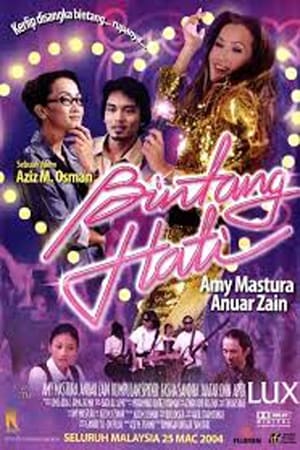 "Azura" tells the story of the eponymous heroine, teenage girl who lives with her aunt, Yusni, after being orphaned in the tragic Min and Mekah tunnel incident in 1990. She strives to achieve her dream by working hard, and as a result, she managed to enter a prestigious university as a student. However, during her French class, which she takes as a result of her love for France and its art, she meets a fellow student, named Zek, and they fall in love. Facing various obstacles from Zek's parents, the two then elope to London to be married. But what will happen to the couple in the end?

This story is about the efforts of District Officer Azam Wasli to develop the remote areas of Laka in Sarawak, to unite the various fighting factions and to elimante undesirable element. It is also about his love for a journalist called Mei Ling. Azam wasli becomes the victim of a political conspiracy and Mei Ling is held for ransom. The kidnapping of Mei Ling leads to the reunion of two long lost brothers.

Zamri was an ex-convict who want to start a new life with his wife and children. Unfortunately, Zamri now being hunted by an illegal group headed by Ramon. Meanwhile, Zamri sister named Awie is a popular rock band singer and live with their father, a retired soldier named Ahmad. Awie had a love affair with Ella, who is also a rock singer. However, the emergence of loyal fans named Ruby, Awie has broken apart relationship with Ella. When Awie and Ruby was arrested on charges of seclusion, relationship Awie and Ella kept dropping. Zamri also continue to be hunted and threatened by the illegal group until one day, Zamri wife was brutally murdered. 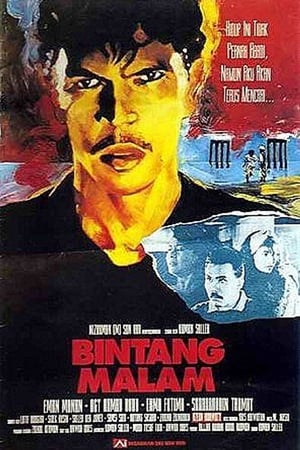 Shima and Haslin (Aishah) are trapped in a world of prostitution led by Farouk and his right-hand man Kassim, who is also Shima's stepfather.

The film tells the story of Princess Princess (ogy Ahmad Daud) is the only daughter of Captain Shamsul and Engku Zubaidah, Puteri fell in love with the Iskandar and decided to break off her engagement to Dato 'Aminuddin son, Jay as relationships with family Engku Zubaidah is important to its business.

Diana is a troubled girl who blames her father for causing the death of her mother and for only listening to what her stepmother said. She has a problem trusting men until she met Haikal, a men who doesn't trust women after finding his fiancée, Sabrina cheating on him. Just when the two lovebirds are about to gain each other's trust, Sabrina returns and tries to prevent them from getting together. 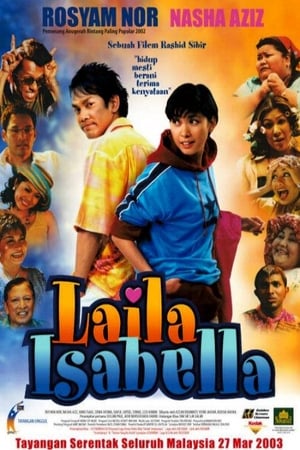 Laila is a happy go-lucky tomboy and works at a VCD shop, owned by Azam. Secretly, both Azam and Laila are in love with each other but both are loathe to be the first to say it. One day, Laila meets Johan, a dashing gentleman who has just had a fight with his very eccentric girlfriend, Mira. Johan happens to see Laila dolled up like a princess. Laila is doing a favour for Kak Bell, and models in her spare time. She is taken aback by this unsolicited attention from this man, and lies about who she really was. Hence, Isabella is born. Then, begins the adventure of Laila Isabella. 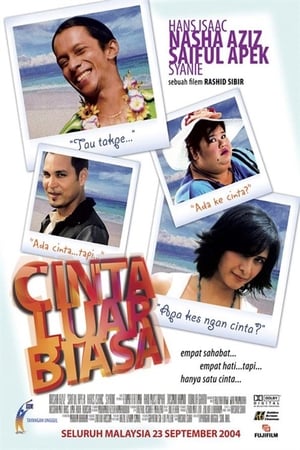 The movie is based on the relationships of four friends – Farah, Husin, Adam and Hamidah – who promise to meet again 10 years after their graduation. A decade later, Farah is a successful photographer, Hamidah is an entertainment magazine columnist, Husin has become a cameraman and Adam is a music tutor. A comedy of errors follow when the bunch, who each has personal problems, meet in Pulau Langkawi. Farah’s busy schedule does not permit her to fall in love, though she is acquainted with Halim, a bright but bumbling lawyer. Then there’s Husin who has sacrificed much while taking care of his paralysed mother. Hamidah, on the other hand, has long fancied Husin, and dresses to kill for the reunion and does everything she can to attract his attention. As for Adam, he has a jealous girlfriend in Aleya who is envious of the close ties between her beau and Farah, though the duo’s relationship is purely platonic. 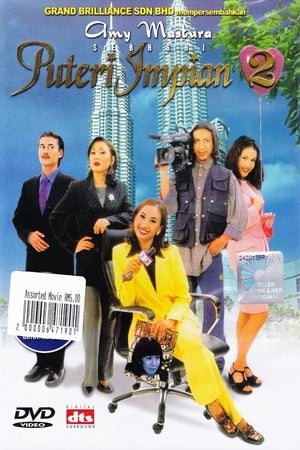 This film is about Nora, who once a factory worker had refused the proposal of Prince Faizal. Prince Farid, younger brother of Prince Faizal, felt uneasy when his brother proposal was rejected. Furthermore his brother was deeply in love with Nora. So he intend to patch up both party once more. As for Nora, she was looking forward for the love of a cameraman, Zul but this guy have someone else in his heart, Lisa. 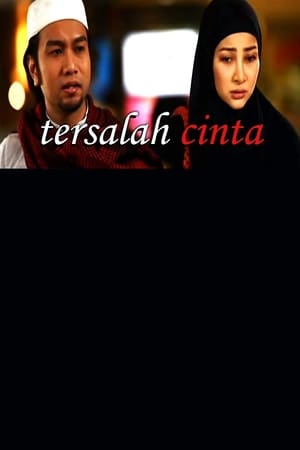 Rahimi (Aqasha) works as mutawif in an Umrah agencies. Farhana his wife is pregnant. Umrah pilgrims this time to test the faith Rahimi where he is seduced by a girl named Love (Neelofa) who joined the group after a break fiancee, Zahren (Nazim Othman) was a popular actress arrogant wants to step into Mecca for the holiday. Possible Rahimi refrain from being seduced by Love

A journey into the dark side of gangsterism and drugs. The movie begins with a young Castello growing up surrounded by criminal activities in Sungai Golok and eventually becoming involved in them. Whilst on the rise in his criminal career, he falls for Chalita, the sister of an associate, and gets married to her. The marriage is short lived as Castello eventually gets caught and is sentenced to prison for his crimes. In prison, Castello turns over a new leaf in the hopes of atoning for his bad deeds. However, all is not as easy as it seems upon his release.

Elly is a young fashion designer who works at Boutique Karya Anggun. She is a very cheerful person who is a positive thinker and believes that to every sadness, happiness will soon come along. That's her motto in love. On one fine day she is being given a gift dreamt by most women, the ability to hear what men thinks. She sees this as a curse when she hears more negative things rather than positive things. With her new found gift she also gets confused in choosing her soul mate. With all these mixed emotions 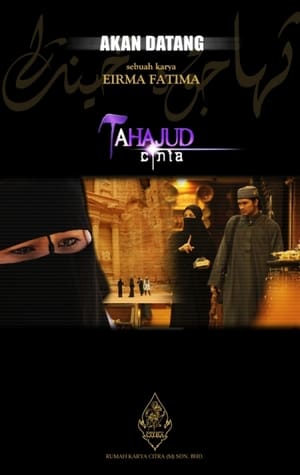 Tahajjud Cinta tells about the sacrifice of two women, Citra Maisara and Seri in the fight for truth, rights, and reputation of women. Derived from two different backgrounds, Citra is the daughter of the leader of a big company. For 5 years studying abroad, her parents never knew that their daughter whom they sent to London to pursue Civil, had secretly migrated to Jordan to explore the field of Shari'a law. There Citra reunited with her close friends Seri, who shared the same ambitions. Their lives began being a swamp with many trials and great pressure after returning to their families in Malaysia. Back at Malaysia, Citra parents are very surprised with her abrupt changes. So frustrated with her actions, her parents will not allow her to pursue her dream as a Syariah lawyer. But everything changes when her sister, Emelda suffers domestic violence from her husband. Seeing the misery of Emelda and defending her husband, Citra parents finally support the struggle. In the fate of Seri, where she had to forgo her ambitions as a Syariah lawyer. As the request of her father, Seri was forced to marry Ustaz Shauki that has been financing Seri overseas studies. Unfortunately, Seri victims of flogging by Ustaz Shauki that already had three wives. Seri is forced to forget her love for Sollahudin, son of Ustaz Shauki. This situation also hurt Ustaz Shauki's wives feelings whom very jealous of Seri. Although tormented, for family firm and pleased to continue to live, Seri throw her ambition to succeed as a Syariah lawyer. However, the situation starts to change when the emergence of Armani.