Arbaiyah Abdul Manan or better known as Abby Abadi was a Malaysian singer from girl band ELITE before leaving it in 1998 and actress who stars on the popular police drama, Gerak Khas. She won the Berita Harian's Anugerah Bintang Popular Award for Most Popular TV Actress in 2000, 2001, 2002, and 2003. She joined the Wheel of Fortune-based game show Roda Impian during its second season, as co-host. After two season, she later left the show. Abadi was also filming for the TV series Gerak Khas, playing one of the leads, Inspektor Aleeza. Its popularity led in 2001 to a hit feature film based on the series. Two sequels followed, with more modest success. In 2005, she had a part as Atikah on 'Kamasutra'.

The murder of a woman named Suzana causes the police to suspect most wanted crime lord Raymond to be responsible for the killing. Meanwhile, with work already burdening her, things are not going easy for Inspektor Aleeza, especially when her headstrong younger sister, Misha moves to Kuala Lumpur to stay with a friend.

The story tells of a girl named Nik 20s through Melati Sukma is depressed again because they have not kberkahwin. Various efforts made ​​by both parents namely Fatimah and Nik Mat for membolehkanya agree to marry so that could 'mix and match' their children with the candidate they felt appropriate. But Nik Melati Sukma or Nikki desperate search for his own soul mate. Various events are circling journey Nikki cute in his search for his mother Fatimah sementelah future husband has given two words: if not bring home a husband in the past 21 days, then there is no choice but Nikki was forced to marry the man her mother's choice and persetujui together by his father Nik Mat .

The life of a girl named Farah Diba has been transformed from an ordinary girl into a famous model after she named as Beauty Queen of Malaysia. Although many man trying to accompany her, but Farah refused all love because her loyalty remains to Hafsham, a young executive who recognized since six years ago. 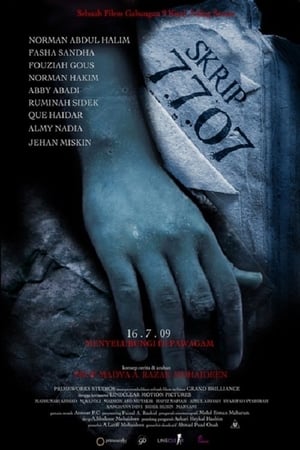 The film tells the story of an issuer with a set of scripts. He is in the process of producing a horror movie, but having trouble to get a movie script. He had ordered his assistant to advertise in a daily newspaper of the meeting to those who can share a story - a horror story based on experience or story - a story that was heard by mereka.Cerita selected will receive remuneration. The meeting was held in a strategic place. 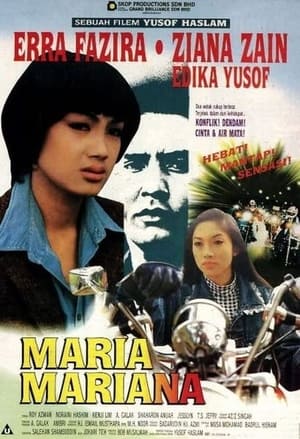 Maria and Mariana are sisters but they are poles apart. Mariana is wild while her elder sister is moderate and take great interest in her education and career. When they become adults, Maria joins the police force while Mariana remains the same. However, Jefri’s presence changes Mariana’s life. But her disappointment, Jefri chooses to marry Maria instead of her. Tony and Robert, leaders of criminals gang which Maria is trying to smash, kidnap Mariana. The ever responsible Maria risks her own life to save her sister. 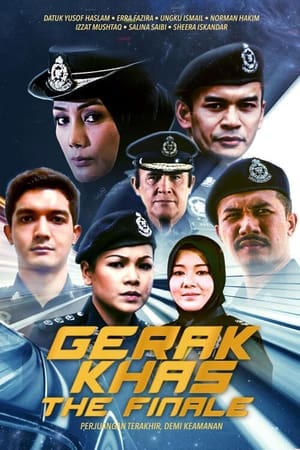 Gerak Khas is a long running Malaysian television series. The police drama first aired on May 4, 1999 on Radio Televisyen Malaysia's TV2. There are three films based from the series. ⁕Gerak Khas the Movie ⁕Gerak Khas the Movie II ⁕GK3 The Movie The first movie, released in early 2001, topped the Malaysian box office. Datuk Yusof Haslam directed both the series and the films for his Skop Productions. Cast members include Abby Abadi as Inspektor Aleeza and AC Mizal as Inspektor Mazlan. In the first film, they faced crime bosses Castelo and Rafayel.