Kamarool Haji Yusoff is a Malaysian male actor. Kamarool first became known when he played the role of Farouk in the 1985 film Gila-Gila Remaja. 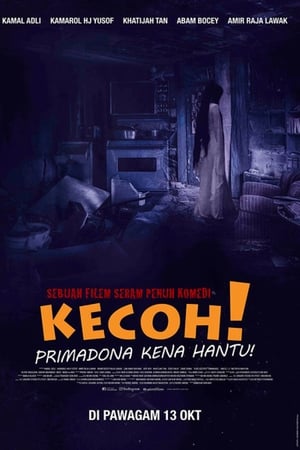 A production team is filming a horror movie on a tight budget. The filming, taking place at a bungalow, is not smooth-sailing from the beginning. Egoistical veteran actress Khaty is fashionably late, and shooting can`t start until she`s on set. The director is also late as his grandmother just passed away. However, right before her death, the grandmother gave the director a `saka`, a legacy-like ghost that is passed down from generation to generation within the family. During the shooting, various strange occurrences happen and Khaty gets possessed by the `saka`. 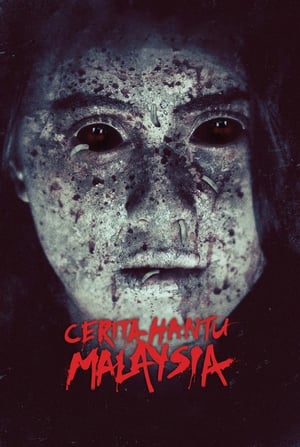 The film consists of three stories that are interconnected with each other. It starts off at an old school where the guard on duty keeps experiencing spooky happenings during his shift. This prompts the school authorities to call a medium to perform an exorcism to drive the spirits away from the school. In the following story, the medium and his assistant, Saad, is returning from the school when their car crashes. The medium dies from a heart attack. Saad dies when a car hits him. In the final story, Jo, Mansur and Akim are looking for their friend, Rose, who has been possessed and has gone missing. They encounter many strange happenings until they find Saad's and the medium's lifeless bodies by the roadside.

Nazim regrets not having served and performing umrah for his mother. She is looking for a suitable mother candidate to donate an umrah package. His prayers were answered when he met Mak Nong, a silent beggar. 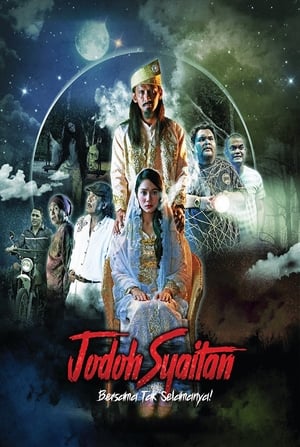 After constantly having failed in his relationships, a young man decides to come back to his hometown to be married to the woman of his mother's choosing. He finds a woman from outside the village without knowing her origin, but she happens to be the vampire a Shaman and his followers have created. 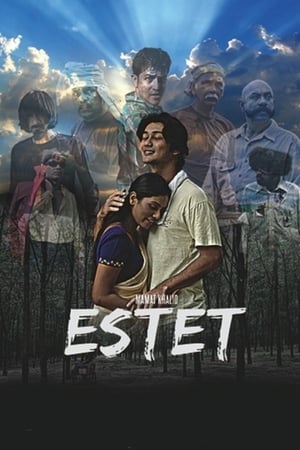 The story begins with Cinta Manis estate was shocked by the news of the football match to be held jointly Estates Red Cobra has 20 years of not being contested. Farid and Shashi are two estate workers who were acquainted since birth. They both often hope that other estate workers to save the oppression on a daily basis by the clerk, Mr Pooniah estate. Not surprisingly, a pretty girl, Geetha so captivated by the heroism and truth Farid and Shashi's heart. Each resident estate to represent the estate to win the competition. Training sessions and team selection was conducted by the Subramaniam Geetha's father appointed as coach. Various styles of red and surplus Subramaniam had resolved to educate the young men.

the story of a young villager named Manap, who lately has been frustrated because his newly bought shoes went missing. At the same time, one of the members of the gangster group Father Dragon, called Markos, is responsible for taking Suzi to the gang leader. During the journey, they have gotten lost in a village and Suzi manages to escape from Markos. Suzi stumbles across Manap who is still searching for his missing shoes. When Markos finds Suzi with Manap, Manap realises that the shoes Markos is wearing bear a striking resemblance to his lost shoes. 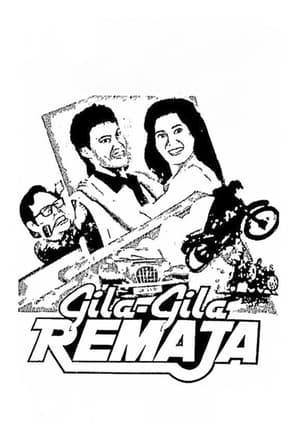 This is a typical Faizal Hussein movie of him being a mischievous teenager. A group of bikers trying to better their lives finishing school. Leader of the pack, Faizal Hussein, fell in love with the a new student a daughter of a wealthy businessman.

Mael who is obsessed with social media was fired when he accidentally uploaded his company's confidential information on a website. However, his life changed after he met Nani, who is also a social media addict. Strange things began to happen in Mael's life. Who is Nani actually? 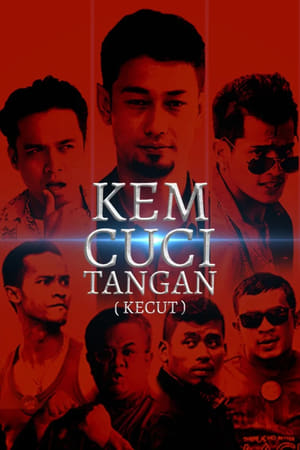 It tells about 5 gangsters named Hamid, Nizam, Eddy, Abun and Kodiang who were sent to a camp to make them a qualified gangster. The five were trained by two trainees who were former gangsters Joe and AG.

A private detective's investigation of a group of woman gangsters led by Mama Bosan and at the same time an infidelity case. 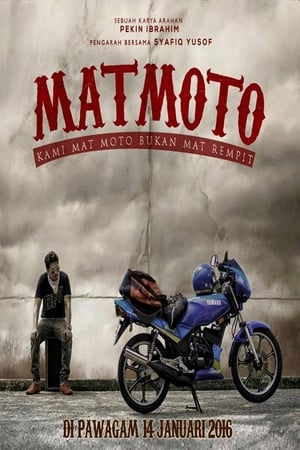 The film follows the journey of fellow "mat moto", also known as bikers, who share the same interest in motorsport. On a journey across Malaysia, the bikers discover the true meaning of friendship and the joy of sharing the same hobby. 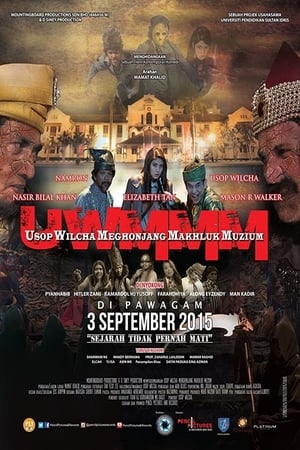 A Malaysian museum organises an exhibition on western ghosts and goblins in an effort to attract more visitors to the museum. However, the exhibition is done with a motive - to bring back Count Dracula, also known as Vlad the Impaler, back to life. Dracula`s wish for an immortal life will lead the country into chaos. Nevertheless, the wax figures of famous rulers such as Perak Man, Sultan Melaka, Bendahara Tun Perpatih Putih and Datuk Maharaja Lela, also come to life with a mission to stop Count Dracula and save their descendants. 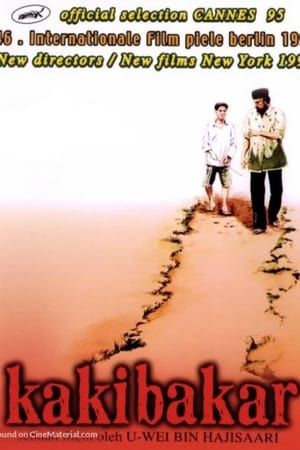 The Arsonist involves the struggles of an undocumented immigrant family and a boy's coming-of-age. The son Kesuma must forge his own identity against the intimidating presence of his father Kakang, a man proud of his Javanese heritage and well aware of the social inequalities that allow his exploitation. Kakang counteracts by torching the property of those who slight him, leaving Kesuma simultaneously proud, fearful and ashamed. A clash of wills is all but inevitable. The film climaxes in a poignant conflagration, literal and metaphorical. 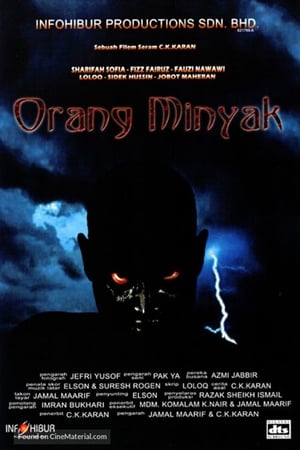 This story is based on fiction and myth made by a professor who was doing a research on Orang Minyak in Kampung Silang. Pak Junid (Sidek Hussin) placed Dian (Sharifah Sofia), the professor, at his house in Kampung Silang and entertained her as well with the marriage of Ina

A journey into the dark side of gangsterism and drugs. The movie begins with a young Castello growing up surrounded by criminal activities in Sungai Golok and eventually becoming involved in them. Whilst on the rise in his criminal career, he falls for Chalita, the sister of an associate, and gets married to her. The marriage is short lived as Castello eventually gets caught and is sentenced to prison for his crimes. In prison, Castello turns over a new leaf in the hopes of atoning for his bad deeds. However, all is not as easy as it seems upon his release.

The film revolves around a village boy who returns to his home town, after seeking education in the city, to assist in the village’s development. However, his return creates a stir in the village as many refuse to accept the changes he wants to bring. 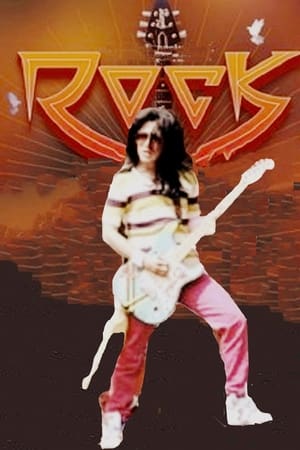 Rock” is the story about a group of young kids in the 80s who wanted to make it big in the rock music scene. Thus you have Zack and his friends Jijo (bass), Black (drum) and Amy (vocals) who have to go through all sorts of obstacles and comedic mishaps as they try to fulfil their dreams.

Tells the story of a married couple facing various funny reasons. Each husband is afraid of their wife. 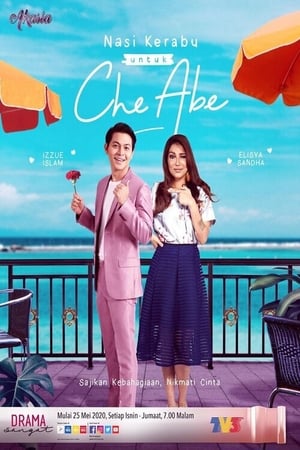