Director of this movie gave an advertisement in many Yugoslav papers calling everybody who wants to act in movie regardless of age, look or profession to reply. From 7000 arrived letters, about 30 heroes were picked up for the movie and its story was made based on what they wished to play. 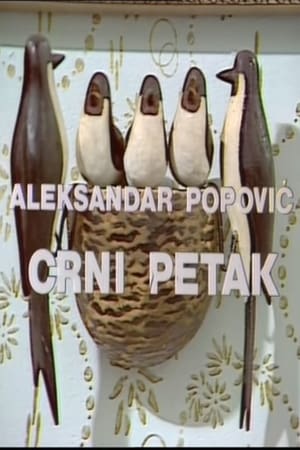 A woman who killed her husband by accident comes out of prison after sixteen years to meet with her two children at municipality office. Before children's arrival, she recalls her supposedly happy marriage that turned into a nightmare when her husband's brother came back from Germany and begun to influence her husband in a bad way.

A youth has a burning ambition to be a pilot, but this is met with opposition by his mother because his father, also a pilot, was killed in a jet-fighter crash in a storm. The youth goes ahead with his career but one day he encounters a bad storm.

A man whose life is on the verge of collapse looks for new inspiration in this drama from Serbian filmmaker Milos Radivojevic. On was once a reporter, but now makes his living working as a public relations man for a banking firm. On is in his forties and has started to sink into a mid-life depression. On's wife has left him and while he tries to keep in touch with her and his daughter, he feels they're drifting away from him. On often finds himself retreating into a world of daydreams, which becomes all the more common after he loses his job. On struggles to drown in ennui with alcohol, gambling and meaningless sex, but matters only get worse as he learns that his elderly mother's health is failing, and he can no longer keep up with the bills for her medical care. When On discovers some forgotten savings, he sets out on a vacation in hopes of recapturing his muse, with his beautiful and loyal secretary in tow. Film received its American premiere at the 2008 Palm Springs Film Festival.

During the Battle of Sutjeska, partisan troops must endure 24 hours of big and heavy attacks on German units Ljubino grave, to the main Partisan units, with the wounded and the Supreme Headquarters, pulled out the ring that is tightened around them.

More info
The Peaks of Zelengore
1976