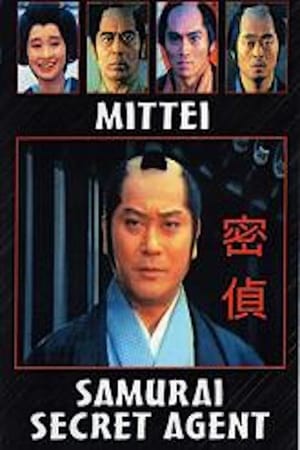 A master swordsman is ordered to go undercover on a mission to find and destroy a cannon factory being used by two samurai clans that try to usurp power and gain the position of shogun for one of their own. 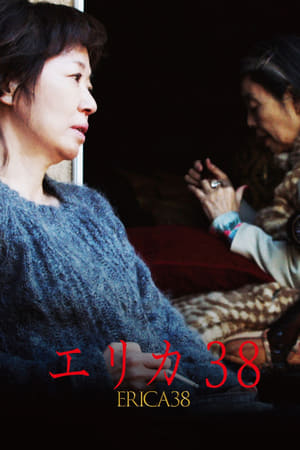 Satoko Watabe, who calls herself Erica was organizing business support meetings, and collecting a fortune with a fictional investment story, under the order of her lover Ikuo Hirasawa. But she finds out that Hirasawa was actually dating multiple women and was betraying her. Once she cuts contact with Hirasawa, she seduces a rich old man, and obtains a luxurious house. She invites her mother who is in a care home to come live with her, and starts her own fictional “business support” sessions to defraud people. During her visit to Thailand, she meets a young man Porche. Erica falls in love, and enjoys her honeymoon. But the police were looming right around the corner... 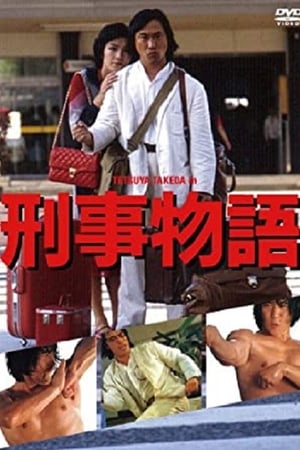 A martial arts master/detective investigates a series of murders and helps a deaf bathhouse attendant, Hisako. 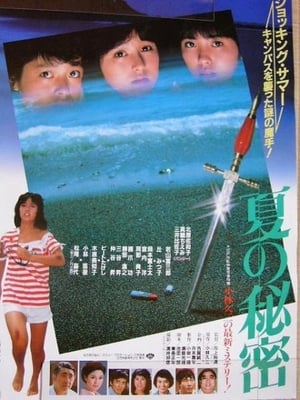 Two high school girls get mixed up in murder while investigating the disappearance of a classmate. 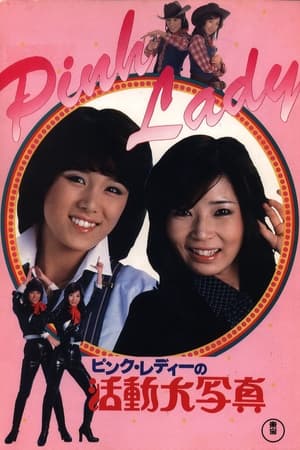 An awkward attempt to build a movie around Pink Lady, the name given to a Japanese pop music duo consisting of the very pretty short-haired Mie and the long-haired Kei. Their popularity in Japan lasted from 1976 to 1979 before their attempt to break into the American market with the ill-fated TV show, "Pink Lady and Jeff" (1980), which wound up setting back the cause of J-pop in America by nearly 30 years. Pink Lady they gained a certain amount of attention from the sexy disco-inspired outfits they wore in concert, generally featuring shiny scanty tops, tight hot pants and gold or silver boots, seen to good advantage in some segments of the movie. This musical features the Pink Ladies as circus performers who show kindness toward a captured "monster," a sad, furry being (played by a man in a bulky, over-sized pink acrylic costume) who suffers acts of unusual cruelty by the keeper and ringmaster before the girls escape with the creature in a circus trailer. 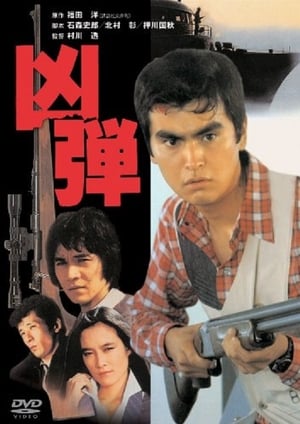 A run-in with the police once again puts three former reformatory inmates on the wrong side of the law. Their situation becomes increasingly desperate as events spin out of control, culminating in an audacious hijack at sea...

War between North Korea and Japan 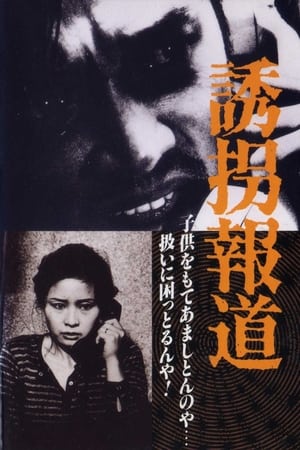 Hideyuki Mitamura, a student at a private school near Osaka, is kidnapped on his way home from school.

More info
To Trap a Kidnapper
1982 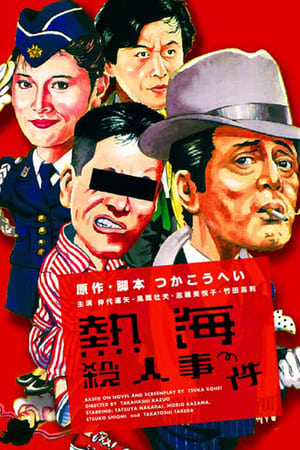 Chief Detective KIMURA Denbei, fondly referred to as Smoky Denbei, is a legendary figure at the Metropolitan Police Department. Transferred to Denbei's Criminal Investigation Division 1, Detective KUMADA Tomekichi arrives from the Toyama Prefectural Police. KUMADA is disconcerted by Denbei's position that murderers nowadays do not need a plausible motive, but gradually adapts to Denbei's unusual methods of investigation. 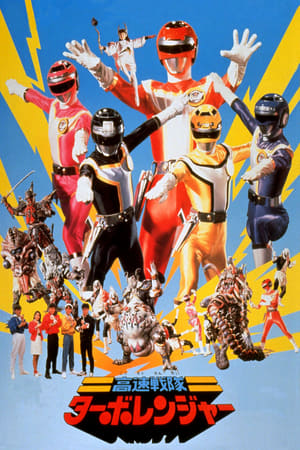 The Turboranger must prevent a Boma from unsealing his father in order to utilize his hellfire to burn the Earth. 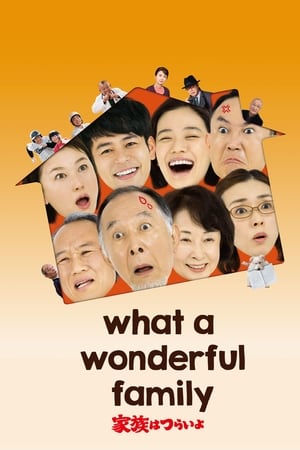 More info
What a Wonderful Family!
2016 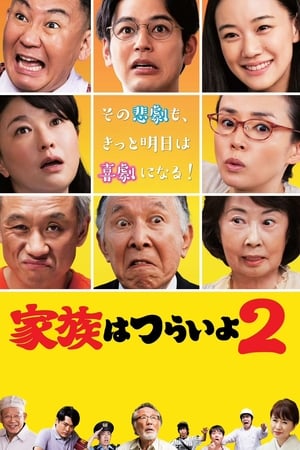 Several years after Shuzo settled his wife’s birthday-surprise divorce proposal (What a Wonderful Family, 40th), the Hirata family faces new problems. Ignoring his family’s worry that he is too old to drive, Shuzo takes his old schoolmate for a spin after carousing. Soon, a new disturbance arises for the Hirata family. Veteran director Yamada Yoji continues his comedy about the “perfect“ Japanese family turned upside down in chaos, laughters and understanding. This time, with an additional taste of death. 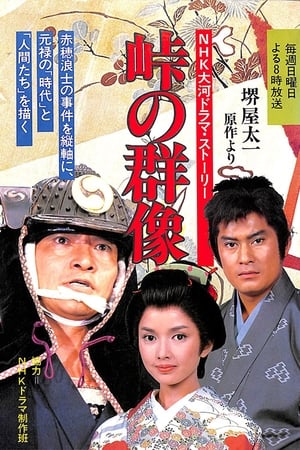 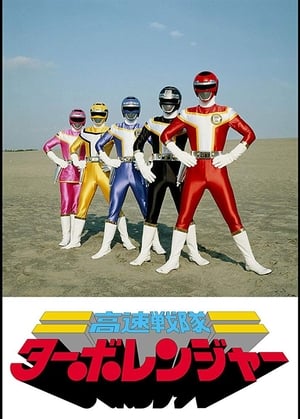 Five high school students transform into Turborangers to defend the Earth from the Boma Hundred Tribes, who awoke from a 20,000 year-long sleep. They engage in battle using weapons developed by Doctor Dazai. 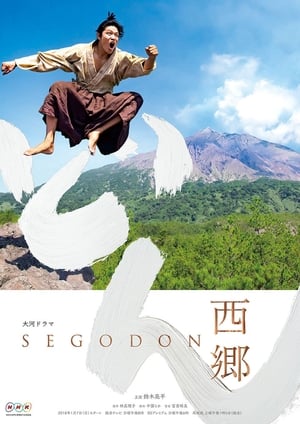 Saigo Takamori, the hero of the Meiji Restoration, was born to a poor, low-ranking samurai family in the Satsuma domain (present day Kagoshima Prefecture). His simple honesty caught the attention of its charismatic feudal lord of Satsuma, Shimazu Nariakira. Nariakira’s assertion that the love of people is what will enrich and strengthen the nation captivated Saigo who took on Nariakira’s secret mission and eventually became a key person for Satsuma. Not a portrait of him survives today and much of his life is a mystery. He is a man who was twice exiled and thrice married. He overthrew the Tokugawa Shogunate with exceptional bravery and action. Although he accomplished the restoration, he lost his life in a fight with the new Meiji government.