is an American professional wrestler currently known by her ring name Angel Blue. She is currently working for Anarchy Championship Wrestling. Professional wrestling career Anarchy Championship Wrestling (2008-present) Angel debuted on June 15, at ACW/IWA-Texas The Realization Of Mortality, defeating Miss Diss Lexia. On July 19, at ACW/IWA-Texas From Innocence To Insanity, Angel was defeated by Daffney Unger. At ACW/IWA-Texas Distrust, Dismay & Anti-Social Behavior, on August 10, Angel wrestled a three-way elimination match against Portia Perez and Rachel Summerlyn, won by Perez. On September 6, at ACW/IWA-Texas Keep Austin Weird, Angel won a victory over Diamond Icee. Angel would be defeated again by Daffney, working as Shark Girl at ACW/IWA-Texas Evolution Of The Revolution on October 12. On November 16, at ACW/IWA-Texas Our Time To Shine, Angel lost to Rachel Summerlyn. Angel would join a tag team, wrestling with Darin Childs, Junior Garza and Rachel Summerlyn at ACW/IWA-Texas Lone Star Classic 2008, on December 13, losing to Diamond Icee, JC Bravo, Pierre Abernathy and Tex-Mex Smurf. During the following night, at ACW/IWA-Texas War Of Attrition 2008, Angel would avenge her defeat against one of her tag team opponents, by defeating Diamond Icee in singles action. Impact Zone Wrestling (2012-2014) On June 2, Angel lost to Erica in her IZW debut match. She followed this with another defeat to Erica in a three-way match on June 16, with Kyra Myra also in the match. She went on to amend her record with a victory over Starr Venus on June 23. On July 21, at IZW Evolution 2012, Angel achieved Championship success in a three-way match against the champion Starr Venus and Erica. During the October 13 edition of ICW, Angel defeated Starr Venus. On November 3, at IZW Halloween Hangover 2012, a reversal of fortune occurred when Eric defeated the ICW Queens Crown Champion Starr Venus and Angel Blue in another three-way match. During the December 8 edition of ICW, Angel challenged Erica for the title, ending in a No-Contest. On December 22, Starr Venus defeated Angel at IZW Chaotic Christmas 2012. Precisely a year later, again during the month of June, Angel returned to IZW to challenge unsuccessfully for the IZW Queens Crown Championship, losing to Erica. She challenged no less than a total of six times for the title, in both singles and three-way matches, including a unique Dog Collar match that Erica won also. Angel would endure the remainder of the 2013 year, wrestling matches resulting in continued defeats up into the month of November. During March 2014, Angel wrestled and lost to Paige Turner at IZW Adrenaline. She suffered her final loss at the IZW Coronation 2014: 10th Anniversary Show, in a Triple Threat Crown On A Pole match won by Paige Turner, against the champion Miss Diss Lexia. Return to Professional Championship Wrestling (2013-2014) On December 14, at PCW The Reunion, Angel wrestles Jessica James and Claudia, in a three-way match won by James. On April 26, 2014, Angel teamed with Claudia and Paige Turner to defeat Delilah Doom, Livi La Vida Loca and Shojo Machiko at PCW There Will Be Blood.

Sabotage Wrestling Presents She's On it 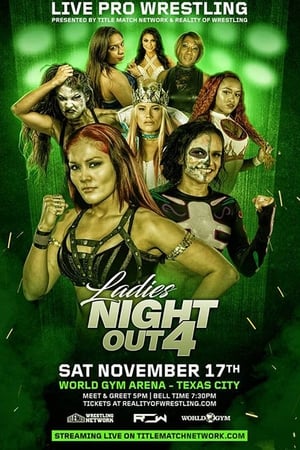