​Shefali Chowdhury (born 20 June, 1988) is a Welsh actress originally from Denbigh, Wales. She was brought up in a Muslim family, along with five siblings, of whom she is the youngest. Shefali is of Bengali origin; her parents immigrated to England from Sylhet, Bangladesh in the 1980s, when many Bengalis migrated to the UK. She plays Harry Potter's Yule Ball date, Parvati Patil, in Harry Potter and the Goblet of Fire. Daniel Radcliffe, who plays Harry Potter in the film, spoke at the launch of Goblet of Fire in London and said, "I had a dance scene with Shefali. She was completely gorgeous." She also appeared in an uncredited role in a Tamil film Kannathil Muthamittal. Shefali landed the coveted role of Parvati Patil whilst she was still a student in her final year at Waverley School in Birmingham. She did four A Levels, in English Language, Literature, Sociology, and Religious Studies at The Sixth Form College, Solihull. Her studies coincided with shooting of the current instalment of Harry Potter and the Order of the Phoenix, where she reprised her role as Parvati Patil. Despite Parvati's relatively small role in the book, Chowdhury was able to reprise her role for film adaptation of Harry Potter and the Half-Blood Prince.[1]. She did not, however, appear in either part of the adaptation of Harry Potter and the Deathly Hallows. She is currently studying Photography in Birmingham, UK. ((Biography from the Harry Potter Wiki))

A young woman in bad company is out of her depth in a bank robbery. Heist is an experimental film in both single shot films, and in the way gender influences the audience's interpretation. 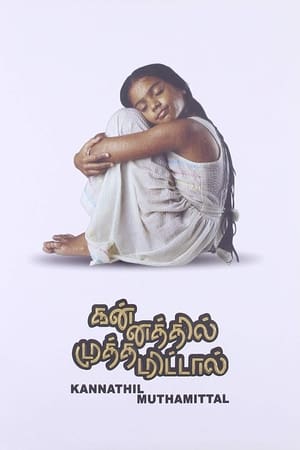 A little girl is told by her parents that she is adopted. Determined to find her birth mother, her family eventually agrees to take her to Sri Lanka, where they are abducted by the terrorist group known as the Tamil Tigers.

As Harry begins his sixth year at Hogwarts, he discovers an old book marked as 'Property of the Half-Blood Prince', and begins to learn more about Lord Voldemort's dark past.

Returning for his fifth year of study at Hogwarts, Harry is stunned to find that his warnings about the return of Lord Voldemort have been ignored. Left with no choice, Harry takes matters into his own hands, training a small group of students – dubbed 'Dumbledore's Army' – to defend themselves against the dark arts.

Harry starts his fourth year at Hogwarts, competes in the treacherous Triwizard Tournament and faces the evil Lord Voldemort. Ron and Hermione help Harry manage the pressure – but Voldemort lurks, awaiting his chance to destroy Harry and all that he stands for.