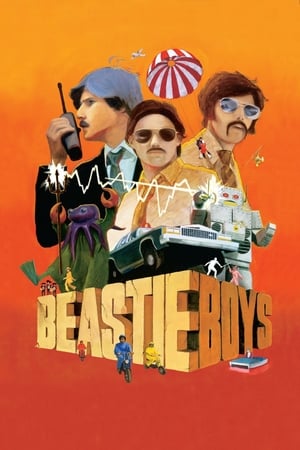 The Beastie Boys are among the most influential groups of the last two decades. As their music has opened hip-hop to a wider audience and changed the parameters of its sound, their ambitious music videos have carried the medium to new levels of artistic expression. This groundbreaking two-disc anthology showcases eighteen videos containing alternate visual angles and multiple audio tracks. Loaded with never-before-seen footage and unreleased music tracks, this special edition also contains a trove of rare still photos and exclusive audio commentary by the band and the video directors.

Solid Gold Hits is a greatest hits collection by Beastie Boys, released in November 2005. In contrast to 1999's The Sounds of Science anthology, Solid Gold Hits consists only of tracks that were released as singles. Where The Sounds of Science is a double CD compilation, Solid Gold Hits contains one CD with all their singles that broke gold, plus a DVD with the respective videos of the songs. Although the standard US release of the CD/DVD has 15 songs, the Japanese release has the song and video for "Right Right Now Now" as the last song.