Bandit (Brian Bloom) gets an unexpected and unwelcome visit from his eccentric Uncle Cyrus.

A new dessert is taking the nation by storm known as “the Stuff”. It’s up to ex-FBI agent David Rutherford to find the key ingredients in the recipe for the Stuff. The investigation leads to disturbing discoveries that David Rutherford rushes to unveil to the nation. However, David finds trouble along the way leading to an explosive climax. The real question is, are you eating the Stuff or is the Stuff eating you?

Twenty margaritas and 10 shots of tequila, with a few ounces of debauchery, bring four friends closer to the truth than they have been for years.

Who's the Boss? is an American sitcom created by Martin Cohan and Blake Hunter, which aired on ABC from September 20, 1984 to April 25, 1992. Produced by Embassy Television, in association with Hunter-Cohan Productions, and Columbia Pictures Television, the series starred Tony Danza as a retired major league baseball player who relocates to Fairfield, Connecticut to work as a live-in housekeeper for a divorced advertising executive, played by Judith Light. Also featured were Alyssa Milano, Danny Pintauro, and Katherine Helmond. The show received positive reviews throughout most of its run, becoming one of the most popular sitcoms of the mid-to-late-1980s. The series was nominated for more than forty awards, including ten Primetime Emmy Award and five Golden Globe Award nominations, winning each one. Also very successful in the ratings, Who's the Boss? consistently ranked in the top ten in the final primetime ratings between the years of 1985 and 1989, and has since continued in syndication worldwide. 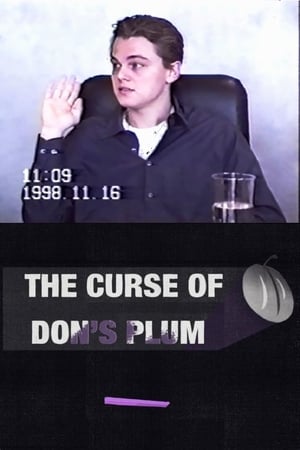 "Don’s Plum” seemed destined for success. But when the film starring Leonardo DiCaprio and Tobey Maguire was blacklisted by its stars, the cast fell apart — and destroyed lives. Find out the dirty details of the lawsuit, and eventual overseas release, in the finale of “The Curse of Don’s Plum.”