IMDb   R. Tomatoes
An idyllic summer turns into a nightmare of unspeakable terror for yet another group of naive counselors. Ignoring Camp Crystal Lake's bloody legacy, one by one they fall victim to the maniacal Jason who stalks them at every turn.

Gimly wrote:
Still to this day, the entry with the creepiest looking Jason. _Final rating:★★½ - Had a lot that appealed to me, didn’t quite work as a whole._

Wuchak wrote:
***Somewhat fun and entertaining, but adds campiness and bad writing*** The first two films from 1980-1981 are serious in nature with the expected antics of youths at a remote camp, but the franchise introduced a campy element with this third installment, which pretty much plagued the rest of the series until the reboot in 2009. Not that I'm complaining much, as these films are only quasi-believable anyway. Still, this is the main detriment of "Part III,” released in 1982. The opening credits song tips the viewer off that this isn't a wholly serious horror film (like the first two), which is compounded when a couple of the protagonists meet some sinister bikers at a convenience store in the boonies, which takes place about 25 minutes into the story. These hoodlums are too cartoonish to take serious and so it's hard to take the horror seriously either. This doesn't mean it's not entertaining in some ways, just that it's my least favorite installment. The dubious writing doesn’t help. For instance, why does Fox go into the barn? Speaking of that dang barn, why on earth are so many characters preoccupied with it? It’s like the writer wanted to come up with any possible excuse to use the barn as a focal point. Also, why does Vera leave Shelly to go outside and hangout by herself? I realize she probably wanted to get away from the pathetic guy, but she informs him that she’s going to go outside with a sense of purpose and come back in, but she really doesn’t do much outside. Sequences like this reflect lame writing. Another noticeable difference between Part III and the two previous films is that, although the story takes place in the area of Crystal Lake, the film was shot in Southern Cal instead of the East Coast, specifically Santa Clarita, CA, and nearby Melody Ranch (where the barn is located). The geography is obviously dryer and the contrast in setting is too glaring. While it could be argued that the different environment provides a nice change of tone, the setting seems too one-dimensional. As usual with the series, the film thankfully features a nice assortment of females: three white girls, a Hispanic and a black woman, the latter being the biker chick, Fox. It's hard to pick a favorite, but the main protagonist, Chris, played by Dana Kimmell, is probably it, followed by the stoner chick, Chili; not to mention Debbie and Vera (Debbie has a quality bikini scene). BOTTOM LINE: Part III is entertaining in some ways and is notable for switching the filming locations to dry Southern California, not to mention Jason is bigger and more imposing than in Part II and he finally acquires his iconic hockey mask. Yet it’s my least favorite of the franchise due to the goofy elements, the subpar writing and the limited setting with too much focus on a freakin’ barn. The film runs 95 minutes. GRADE: C

JPV852 wrote:
Decided to get in one more Friday the 13th movie and this one reminded me why it's not high on my list in the series, though I liked portions of it, just nothing involving Shelly and watching it in 2D, the shots made for 3D are pretty annoying. I will say, I did like the lead actress and I'm a fan of the hockey mask Jason. **3.0/5** 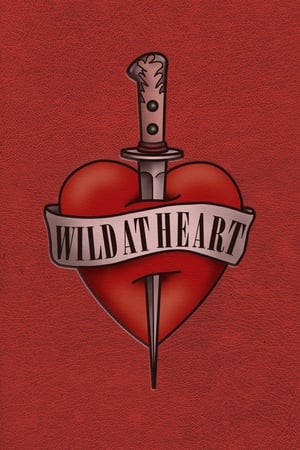