IMDb   R. Tomatoes
Drive is an American action drama television series set against the backdrop of an illegal cross-country automobile road race, focusing on the willing and unwilling competitors and, as the plot develops, the unseen puppet masters who sponsor the race. Minear has described the show's thematic tone by saying "a secret, illegal, underground road race can be anything from Cannonball Run to The Game to North by Northwest to Magnolia-on-wheels. Ours is all those things."

Chasing Classic Cars follows master car restorer Wayne Carini as he embarks on a mission to uncover the world's most rare and exotic cars. Get an insider's look at the elite club of car collectors as Wayne buys, restores, and sells vintage rides. 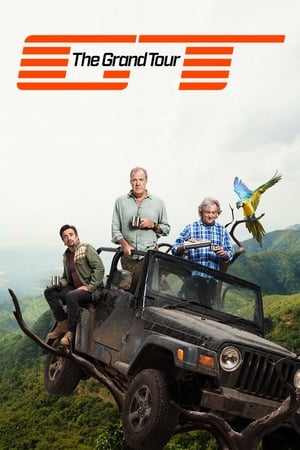 The hosts talk about the latest cars and its specifications. They review the performance of the car and also find out if it is as good as the manufacturers claim. The current hosts are Chris Evans and Matt LeBlanc with The Stig.

Viper is an action-adventure TV series about a special task force set up by the federal government to fight crime in the fictional city of Metro City, California that is perpetually under siege from one crime wave after another. The weapon used by this task force is an assault vehicle that masquerades as a Dodge Viper RT/10 roadster and coupe. The series takes place in "the near future". The primary brand of vehicles driven in the show were Chrysler or subsidiary companies. The Viper Defender "star car" was designed by Chrysler Corporation engineers. The exterior design of the car was produced by Chrysler stylist Steve Ferrerio.

On the heels of NBC's hit movie, the iconic 1980s television classic comes roaring back to life as a reinvented, updated and super-charged action series showcasing the new KITT (Knight Industries Three Thousand). Absolutely the coolest car ever created, KITT is equipped with an "AI" (artificial intelligence) that is capable of hacking almost any system. Its weapons systems match that of a jet fighter, and its body is capable of actually transforming into other vehicles and using sophisticated holographic imagery to elude villains.

From a 1969 Chevy Nova to a race-ready farm truck, the vehicles - and their drivers - come in all shapes and sizes and have one thing in common: the need for speed. But according to the STREET OUTLAWS of Oklahoma City - home to one of the largest undercover street racing rings in America – if you’re not on “the list,” you don’t matter. The “list” contains the 10 fastest street-racing cars in Oklahoma City and they are the best of the best. Not only will these guys will do anything -ANYTHING- to get ranked on this list, they’ll do whatever it takes to STAY ranked. Street racing comes first - before family, before friends and before work. The stakes are high and these drivers will put everything on the line to get to top, where there can only be one #1. 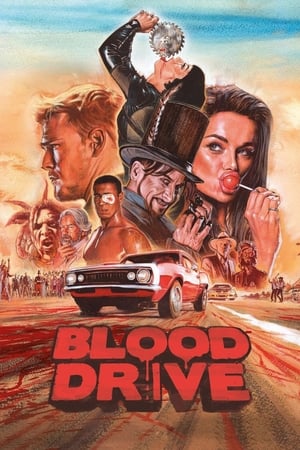 Set in a near-dystopian future, a former cop is forced to take part in a death race where the cars run on human blood. You lose a leg and you lose your head.

The Highwayman is an American action-adventure themed television series starring Sam J. Jones, set in "the near future." It was created by Glen A. Larson and Douglas Heyes. The pilot aired in September 1987, and was followed by a short-lived series of nine episodes, with significant changes to the cast and format, that ran from March until May 1988. It was summed up by many reviewers as a cross between Mad Max and Knight Rider. Opening narration by William Conrad:

Takumi’s job as a tofu delivery boy has turned him into one of the most formidable drivers around. Behind the wheel of his Eight-Six, he’s one with the road—and his life shifts into high gear when the underground street racing world takes notice. Drivers from across the region are lining up for a shot at the new guy. Takumi’s not just focused on winning—he’s out to prove he’s the best. 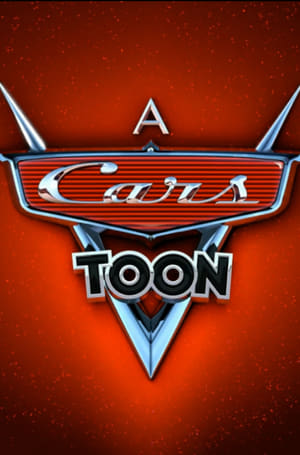 Cars Toons is an American series of short animated films or Cars Toons by Pixar. It features Mater and Lightning McQueen from Cars. Larry the Cable Guy reprised his role as Mater, while Keith Ferguson replaced Owen Wilson as the voice of Lightning McQueen. The series' first broadcast was on October 27, 2008, on Toon Disney, Disney Channel, and ABC Family. 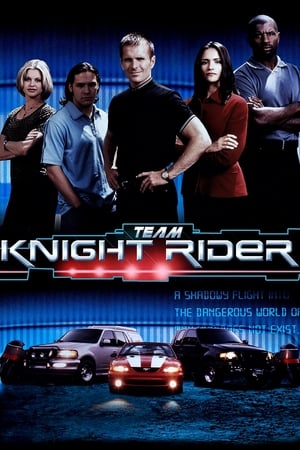 Team Knight Rider is a syndicated television series that was adapted from the Knight Rider franchise and ran between 1997 and 1998. TKR was created by writer/producers Rick Copp and David A. Goodman, based on the original series created by Glen A. Larson, who was an executive producer. TKR was produced by Gil Wadsworth and Scott McAboy and was distributed by Universal Domestic Television and ran only a single season of 22 one-hour episodes before it was canceled due to poor ratings. The story is about a new team of high-tech crime fighters assembled by the Foundation for Law and Government who follow in the tracks of the legendary Michael Knight and his supercar KITT. Instead of "one man making a difference", there are now five team members who each has a computerized talking vehicle counterpart. Like the original duo, TKR goes after notorious criminals who operate "above the law" – from spies and assassins, to terrorists and drug dealers. The final episode of the season, and series, featured the reappearance of Michael Knight, seen only from behind, at the very end.

When Rick Harrison and the rest of the Pawn Stars gang need to restore a vehicle they're buying, they turn to Danny "The Count" Koker, who runs Las Vegas auto shop Count's Kustoms. The Count now gets his own half-hour show that showcases his ability to restore and customize classic rides. When he sees a vehicle he wants, whether it's at an auto auction or at a roadside diner, Koker does all he can to acquire it. When successful, he and his team then work to restore and modify the cars and motorcycles in order to quickly flip them for a profit. From classic cars like Thunderbirds and Corvettes to sidecar motorcycles and everything in between, if it has wheels the Count's Kustoms team can make it look spectacular. 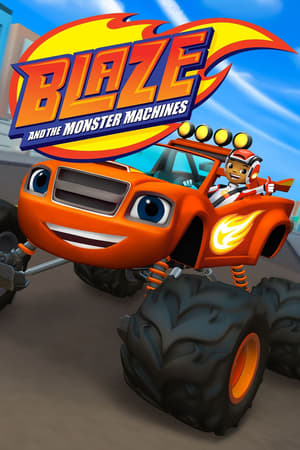 AJ is an 8-year-old techie who drives monster-truck Blaze, the top racer in Axle City. The two go on adventures that have them taking on problems involving science and math. Many predicaments they face are caused by Blaze's rival, Crusher, a tractor-trailer that will do anything to beat other vehicles to the finish line. The animated series is billed as the first TV show for preschoolers to comprehensively cover areas of science, technology, engineering and math. Each episode introduces different STEM concepts, including buoyancy and trajectory.

Wacky Races is an American animated television series produced by Hanna-Barbera. The series, inspired by the 1965 slapstick comedy film The Great Race, features 11 different cars racing against each other in various road rallies throughout North America, with each driver hoping to win the title of the "World's Wackiest Racer." Wacky Races ran on CBS from September 14, 1968, to January 4, 1969. Seventeen episodes were produced, with each episode featuring two different races. The cartoon had an unusually large number of regular characters, with twenty-three people and animals spread among the 11 race cars. Reruns of the series currently air several times a day on Cartoon Network's classic animation network Boomerang.

Following his victory over RedSuns leader Ryosuke Takahashi, AE86 driver Takumi Fujiwara is challenged by the Lancer EVO-based "Emperor," a group known for taking decals of racing teams they defeat, cutting them up and placing them on their cars like a fighter plane kill board. Takumi's undefeated streak is on the line as his AE86 is virtually no match against the more powerful and more agile four-wheel-drive EVOs of the Emperor team.

Getting viewers up to speed on all the latest automotive information, with new car reviews, second hand bargains and industry tidbits being the focus of this magazine show.