Taffana Dewi is an Indonesian film and soap opera star born in Yogyakarta, July 31, 1974. Ana, as she is usually called, in the 1990s, often supports 'hot' films, such as Game Mysteries, Night Passion, Tempted Lust and Squeeze Sana Squeeze Here. Even so, the name was still passing through. CAREER A number of successful soap operas that also starred include the Blind From the Ghost Cave, Blood Blue, Singgasan Brahma Kumbara, Crown Mayangkara, Glass of Bengal, Blood and Love, Endless Love, and others. While for feature films, Mystery Games, Touched Love, Second Night's Passion, Aunt Sonya's Diary, and others. In her acting journey, the actress whose name soared and was famous through the soap opera Three Angels had never encountered a 'disaster'. When she was a guest for the special TV comedy Ala Trans TV's comedy show, the dress she wore sagged until her breasts burst out. It is said that this also helped make his name increasingly known to the public. Until now, this eclipse soap opera star often appeared starring in films and soap operas. Including the successful movie GIRL METROPOLIS. 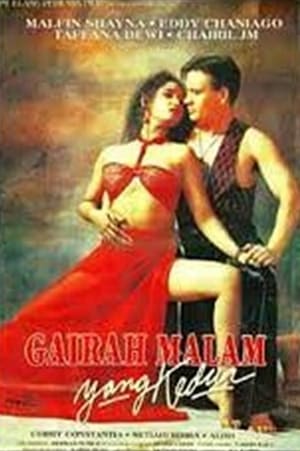 After her married lover's wife finds out about their affair, economics student Shayna (Malfin Shayna) becomes involved with a lesbian stripper, a suspected gay dance troupe leader, a smitten stalker at her college and a madam. The latter starts setting her up with men but her clients keep getting murdered by a helmet-wearing psycho brandishing a sickle.

Dono (Wahyu Sardono), Indro (Indrojoyo Kusumo) and Kasino (Kasino Hadiwibowo) really want to have a car, but they don't have money. So the arrival of Uncle Dono, Dewo Sastro (Tisna S. Brata), was used to request a car. Unfortunately Dewo Sastro was very stingy, Dono's request was not granted. They don't run out of mind. With the help of his friends, Dono's kidnapping plays were arranged by real villains, Mata Satu (S. Parya) who happened to be an acquaintance of Indro. Criminals ask for a ransom from Dewo Sastro, which is enough to buy a car. But by Mata Satu, the ransom requested is far greater than originally agreed. Dono was even kidnapped real and really would be killed if his request was not granted. But Dewo Sastro still doesn't want to redeem Dono. Forced by Kasino, Indro and his female friends tried to save Dono. Later Dewo Sastro actually presented a luxury car to Dono because he had succeeded in arresting Mata Satu.