Alva Vasu was an Indian actor and comedian in the Tamil film industry.

A man realizes that his lover is cheating on him by sleeping with another man and follows her to a hotel. He phones his close friend to inform that he is about to murder her, not realizing that it is this very friend who is having an affair with the girl. 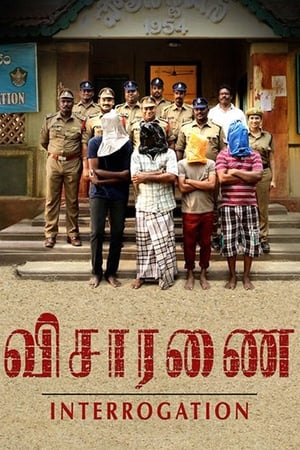 Pandi and his friends, immigrant workers in Andhra Pradesh, are picked up by cops for a crime they never committed. And thus begins their nightmare, where they become pawns in a vicious game where the voiceless are strangled by those with power. 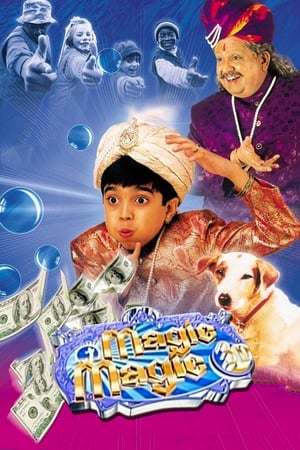 When Indrajit is separated from his grandfather, a magician, he runs away from his father and befriends two thieves. The grandfather employs all his magic tricks to find Indrajit.

Saaindhaadu Saaindhaadu (In English ‘Play on Swing’) is an tamil comedy - romance movie. Direction by debutant Ghazali and movie produced by H3 Cinemas. 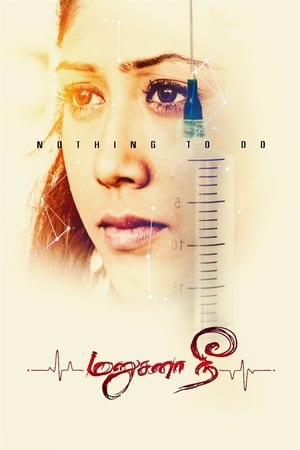 Many youngsters reportedly go missing from the State and police starts investigating the mystery cases. As this happens, a person is treated by a doctor after he gets injured in a fight. He is administered a medicine which is under testing and he gets super human powers. There are also side-effects to the medicine which makes his body decay at a rapid pace. What happens next, what is the medicine that was administered to the hero, what link this has to the missing youngsters forms the rest of the story.

Karikalan a selfish politician, in collusion with a real estate agent, usurps the lands of farmers in a village. Savuri decides to expose the politician and get the lands back to the villagers in a novel manner.

Kabali, a fisherman, is both revered and dreaded. He falls for Suganthi, a chorus singer, and tries to woo her. Sundar, a rich man, is a womaniser and is able to have any girls he wants by money or by force. His mother sympathizes with Suganthi and decides to get her married to Sundar. When Kabali is about to declare his love, she announces her marriage. What transpires later forms the crux of the story.

Kannan's (Karthik) ambition in life is to take up the construction of the temple left incomplete by his forefathers. Funds are not forthcoming. Goundamani assures him that with his employer's help Kannan's dream could become a reality. But Goundamani is disappointed when his employer, the wealthy landlady's (Manorama) grandson Raghu (Ranjith) turns out to be money minded and heartless. In a fit of anger, Goundamani pushes him into the waters of a river and thinks he has committed a murder. Predictably Kannan is made to enter the scene as an impostor. What follows next forms the crux of the story.

Sirusu (Jayaram) and his elder brother Perusu (Goundamani) are the trouble makers of the village who own a cinema theatre and they are bachelors. For several years, his family are in feud with Parameswaran's family because Sirasu's father killed Parameswaran's brother and Sirasu's sister, Saratha got married with Parameswaran's relative secretly. Saratha (Sangeetha), comes from Mumbai with her husband (Jaiganesh) and her daughter, Indhu (Kushboo). Sirasu falls immediately in love with Indhu, but Ratnam (Kazan Khan) and his father Parameswaran (Vinu Chakravarthy ) proposes to Saratha's husband to marry Ratnam to his daughter. Can Sirasu triumph in his love? will the two feuding family unite?

A 1994 Tamil drama film written and directed by Manivannan. It stars Sathyaraj and Ranjitha in the lead roles.

Priya , a rich girl, is in love with Sundar, a poor youth. Priya tries to elope with him but she fails and her father and her mother lock her in her bedroom. From there, Priya witnesses the murder of Shanthi by her husband Sabapathy in the opposite building. She takes photos of this murder and Sabapathy notices this act. Gopi, Shanthi's brother, only knows that his brother-in-law tortured his sister for a long time. He is the only one who suspects Sabapathy whereas their relatives considers him as a perfect gentleman. Gopi files a complaint secretly against Sabapathy. However, Sarath, an honest police officer, gives up the case due to the lack of evidence. What transpires later forms the crux of the story. 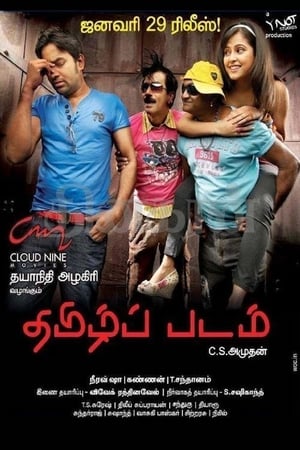 Siva is an honest police officer who was brought up by the judge Sathyamoorthy, when his mother died. Sathyamoorthy has two sons : Aravind and Raja. The influential smuggler Mudaliar often clashes with Siva and Sathyamoorthy. Siva and the jolly college student Priya fall in love with each other, later they get married with Sathyamoorthy's blessing. One day, Raja rapes Mudaliar's daughter. The next day, Raja is found dead and Siva conducts the investigation. Ramesh admits to his father Sathyamoorthy that he killed his younger Raja. Sathyamoorthy decides to protect Ramesh at all costs while Siva wants to send Ramesh to jail. What transpires later forms the crux of the story.

Paramasivan has two sons : Subramani and Ganesan. Ganesan, the eldest, gets married with Segamalam. In the meantime, Subramani and Segamalam's sister Parimala fall in love with each other, even if they are from different villages. Devaraj, the owner of a gambling club, wants to get married with Parimala but she refuses and ridicules him. So Devaraj decides to take revenge. Ganesan is a gambler and he even landed his family's bungalow to Devaraj. Later, Devaraj tries to sell it but Subramani settles the amount at time. Devaraj wants to absolutely split the lovers. What transpires later forms the crux of the story.

Sundarapandian, an orphan and angry man, is the henchman of a rich man Manivannan and he often went to jail for minor offenses. Karthikeyan enters his house as a maid and he falls with his daughter Kalyani. In the meantime, Mallaria, an orphan, tries to reform Sundarapandian and they fall in love with each other. One day, a poor girl Chellayi is raped and killed by a corrupted MLA. Sundarapandian and Mallaria finally get married, they decide to leave the village but they don't have enough money. Manivannan prepares his daughter's wedding with the MLA and Manivannan orders Sundarapandian to kill the innocent Karthikeyan. Sundarapandian, who is now a good man, decide to join the young pair. What transpires later forms the crux of the story.

A robbery gang terrorized the Tamil Nadu. The police officer Mahesh is charged to dismantle the gang. Mahesh lives with his widow, blind sister Vidya, and his niece Anu. The reporter Vimala compels Mahesh for an interview, but he refuses. She later finds herself swooning over his investigative intellect. They later fall in love with each other. Guruji, the local gang-buster, then becomes discomposed with Mahesh for falling in love with Vimala, his ex-fiance. In the past, Mahesh was a happy-go-lucky and immature youth. Furthermore, Mahesh hated the police while his brother-in-law, a police officer, was in charge to catch the robbery gang. His brother-in-law was later killed in a bomb blast, and his sister became blind. To take revenge, Mahesh became a police officer. The rest of the story is about how Mahesh catches the robbery gang and its leader Guruji. 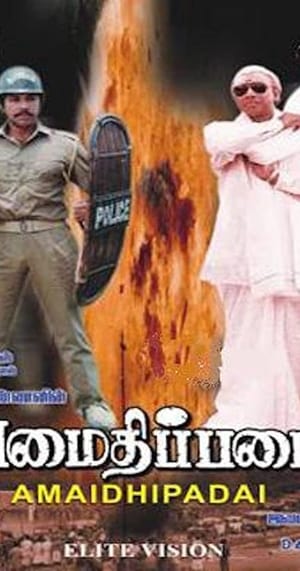 From being a homeless pauper, Amavasai works his way up to become an acclaimed helper in a political party. Craving for more power, he employs all his evil tricks to become a top politician.

A young man moves to his hometown; here he falls in love with the village head's daughter. The village head learns about this and he has the girl abducted; if the young man tries to rescue her, his parent's life will be at stake.

A honest and peace loving village man turns into a politician but his past haunts him till he seeks redemption by surrendering himself to law. On pursuing this he calms down him avenger as well. 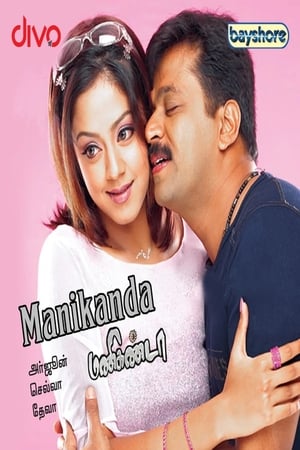 Based in Mumbai, Raja (Arjun) lives a violent yet poor lifestyle along with his father, Banwarilal. He meets with and comes to the rescue of Madurai/Mahendrapur-based belle, Mahalakshmi/Madhumita (Jyotika), and both fall in love with each other. When she returns home, her dad (Ashish Vidyarthi) finds that she is in love with Raja, instantly approves of him, and asks her to invite him, which she does. Raja accordingly arrives to meet her family - and it is this arrival that will pit him against goons dispatched by none other than Mahalakshmi's dad, who wants him dead - at any and all costs.