IMDb   R. Tomatoes
Agent 007 is back in the second installment of the James Bond series, this time battling a secret crime organization known as SPECTRE. Russians Rosa Klebb and Kronsteen are out to snatch a decoding device known as the Lektor, using the ravishing Tatiana to lure Bond into helping them. Bond willingly travels to meet Tatiana in Istanbul, where he must rely on his wits to escape with his life in a series of deadly encounters with the enemy.

John Chard wrote:
There's a saying in England: Where there's smoke, there's fire! From Russia With Love is directed by Terence Young and adapted to screenplay by Richard Maibaum & Johanna Harwood from the Ian Fleming novel of the same name. It stars Sean Connery, Daniela Bianchi, Lotte Lenya, Robert Shaw & Pedro Armendáriz. Music is by John Barry and cinematography by Ted Moore. James Bond's second cinematic outing has 007 sent on a mission to Istanbul to try and acquire a Russian cypher machine known as Lektor. It's a trap set up by SPECTRE, who formulate a plan to upset the world order whilst murdering Bond in revenge for his killing of their agent Dr. No. Spy Hard! A certain JFK had announced From Russia With Love as being one of his favourite books, thus making the minds up of producers Broccoli & Saltzman to make Fleming's Cold War thriller the follow up to Dr. No. It's a favourite of many a Bond aficionado because it represents one of the few occasions where Bond was still down to earth as a person, a hard working agent forced to do detective work. The adaptation is very literate as well, with a high fidelity to the source material a major bonus to Fleming's fans. The story is tautly told, often with dark tints the deeper Bond gets into things, and a number of excellently constructed set pieces fill out the latter half of the picture. It's not hard to understand why Connery cites this as his favourite Bond film. Though it is mostly free of the gadget excess that would become a trademark of the franchise, it's still very much a quintessential Bond movie. Exotic locations and exotic foes, eye poppingly gorgeous ladies (Bianchi smouldering like few others can), pre-credits sequence, the snazzy title credits (here on a dancing lady), title song crooned by a big name (Matt Munro), Barry's blending of the Bond theme into the score, Blofeld (a faceless Anthony Dawson) and an impressive cast list. One of the film's big strengths is the cast assembled, Connery (firmly moving into iconic realm) is aided considerably by the presence of Lenya, Shaw and Armendáriz, while the first appearance of Desmond Llewelyn as Boothroyd (latterly to be known as Q) is a telling point in the series. With a $2 million budget in the coffers, the makers were able to really push the boat out technically, and so they were rewarded as the pic went on to gross nearly $79 million Worldwide. Crucially it became apparent that James Bond was popular outside of Britain, the template had been set, what would they do with the next Bond outing we all wondered? 8/10

Wuchak wrote:
_**SPECTRE agents, Istanbul, Gypsies, beautiful women and the Orient Express**_ Agent 007 (Sean Connery) is sent on a dubious mission at Istanbul to possibly acquire a Lektor cryptography device from the Soviets via their consulate. Bond meets a naïve Russian beauty (Daniela Bianchi) that SPECTRE agent Klebb (Lotte Lenya) recruits to carry out their assassination plan with the help of a brawny Irish Assassin (Robert Shaw). "From Russian with Love" (1963) is a solid sequel in the franchise highlighted by the Istanbul locations, the Gypsy sequence where two women have a catfight (Aliza Gur & Martine Beswick) and, later, a serious train scrap. In addition, Eunice Gayson returns for another cameo as Sylvia Trench and the flick closes with a thrilling clash with a helicopter and a boat chase. Unfortunately, the story’s just not as compelling as “Dr. No” (1962). It’s my least favorite in Connery’s run, although it’s still a solid entry. The film runs 1 hour, 55 minutes and was shot in Istanbul, Turkey; Pinewood Studios near London; and Crinan, Argyll & Bute, Scotland (finale helicopter and boat chase scenes). GRADE: B- 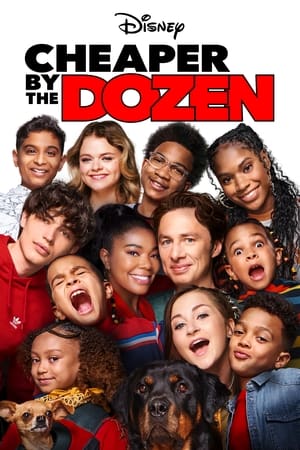 Ever since the first Roma people arrived in Sweden five hundred years ago, they have been discriminated against and persecuted. The lack of knowledge, invisibility and denial of the historical abuses that Roma have been exposed to is one of the many contributing causes of continued marginalization and vulnerability of Roma today. Here, the Roma tell of the abuses and persecutions they experienced during the 20th century. How it felt like as a child being constantly expelled from the camp, not infrequently in the middle of the night, with violence and under gunfire. Soraya Post from the traveling group tells how her mother, as a pregnant 23-year-old, was forced to abort her child in the seventh month. The reason: She was a "gypsy". 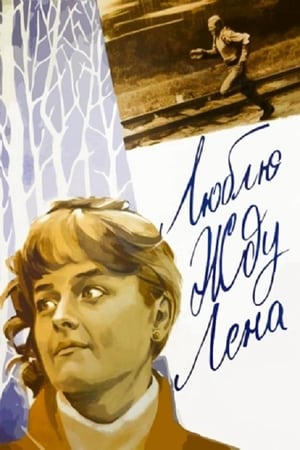 The news about the Swedish police's registry of Roma people has generated very strong reactions. In this new documentary we meet some young Swedish Roma people who talk about their feelings and thoughts about the registration. 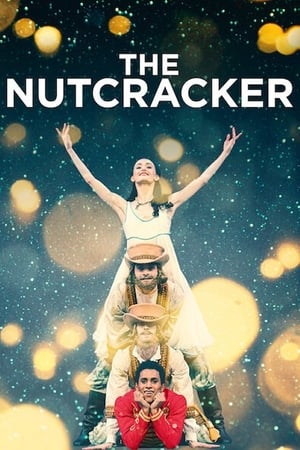 Clara is given an enchanted Nutcracker doll on Christmas Eve. As midnight strikes, she creeps downstairs to find a magical adventure awaiting her and her Nutcracker. Recorded on stage 3 December 2018—15 January 2019 as part of the Autumn 2018/19 season. 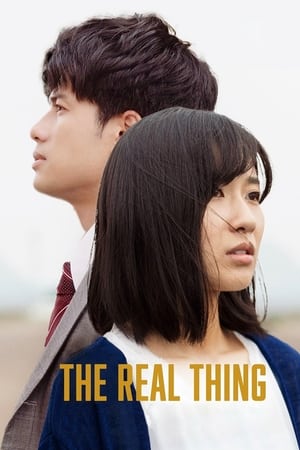 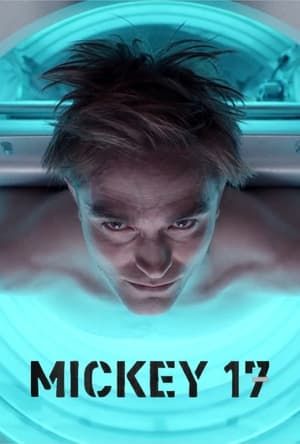 Mickey 17 is an "expendable", a disposable employee, on a human expedition sent to colonize the ice world Niflheim. After one iteration dies, a new body is regenerated with most of its memories intact. 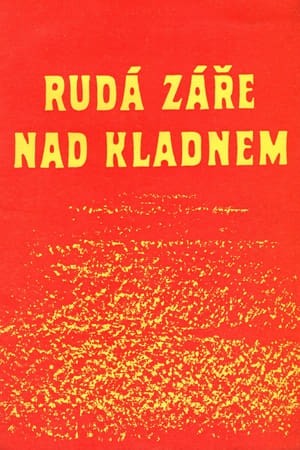 Based on the masterpiece of Japanese literary writer TANIZAKI Jun’ichirō, Naomi, this is an ambitious work by KATASHIMA Ikki showcasing his unique and bold style of cinematography. The original novel is set in the early 20th century during which the western influence largely affected Japan. However, this film version is set in the 70s, when Japan was starting to enjoy its affluence and the World Exposition was held in Osaka. In the middle of a hot and humid summer, Joji, a middle-aged man, appears to be enchanted by a young and attractive Naomi. Joji openly pursues her, while Naomi sometimes despises and makes fun of him. Regardless, Joji falls more and more for her. One Day, Naomi suddenly disappears. Joji’s jealousy and obsession surmounts until it threatened to destroy them all. 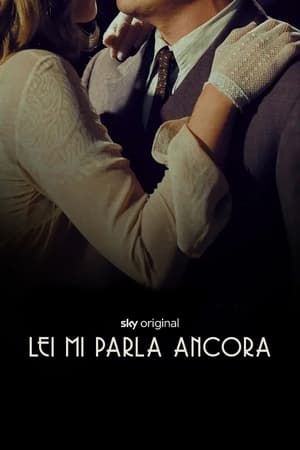 Nino and Caterina have been married for sixty-five years. On the death of Caterina , his daughter Elisabetta, trying to help her father to overcome the loss, hires an editor to write a book on their love story. 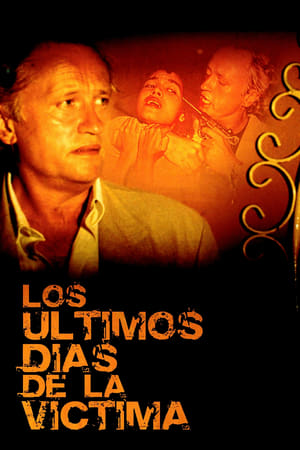 Mendizábal, a reputed hitman, is commissioned to eliminate Rodolfo Kulpe, a small-time criminal. 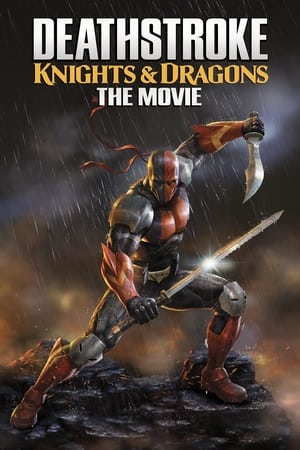 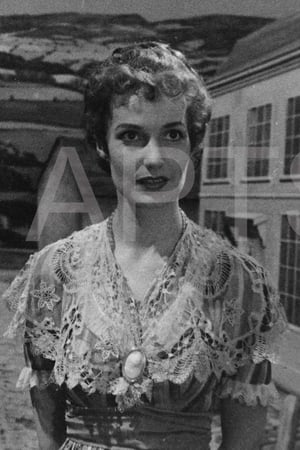 Legendary Space Ranger Buzz Lightyear embarks on an intergalactic adventure alongside a group of ambitious recruits and his robot companion Sox.